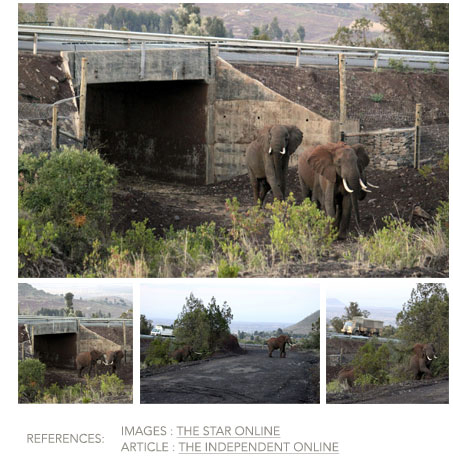 How did the elephants cross the road? They went underneath it

Journalists watched as three young bull elephants passed through the tunnel, which was built under a major highway near Mount Kenya.

Conservationists say the tunnel connects two elephant habitats that had been cut off from each other for years by human development.

However, experts say more solutions are needed to alleviate the problem of human development in animal areas in order to preserve Africa’s wildlife. 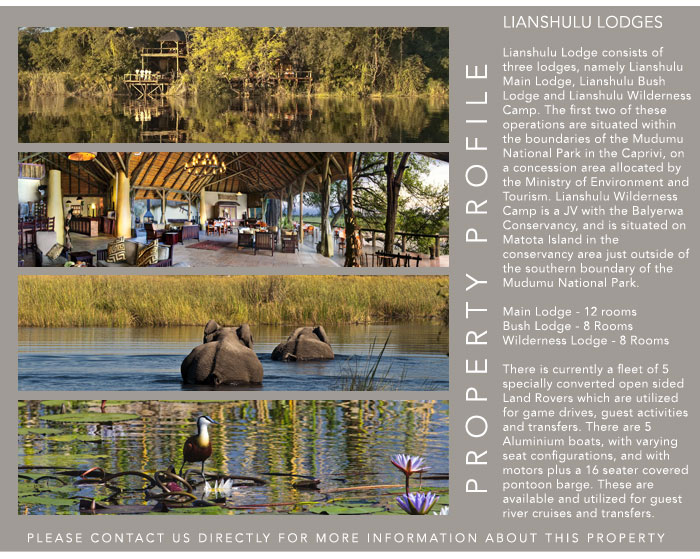 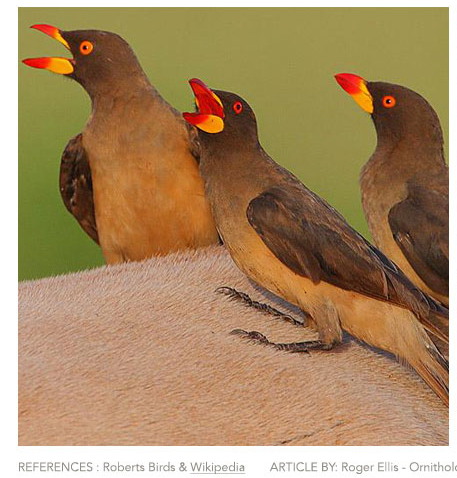 Area:
It is native to the savannah of sub-Saharan Africa from Senegal east to Sudan. North Botswana & Namibia, East & Western Zimbabwe, and is rare in Limpopo South Africa.

Family:
The Yellow-billed Oxpecker is a passerine bird in the starling and myna family Sturnidae; some ornithologists regard the Oxpeckers to be a seperate family, the Buphagidae (Zuccon, 2006)

Interesting Facts:
The Yellow-billed Oxpecker nests in tree holes lined with hair plucked from livestock. They feed on ticks and insects however their preferred food is blood and whilst they take ticks bloated with blood, they also feed on it directly and have been known to eat the flesh of open wounds.