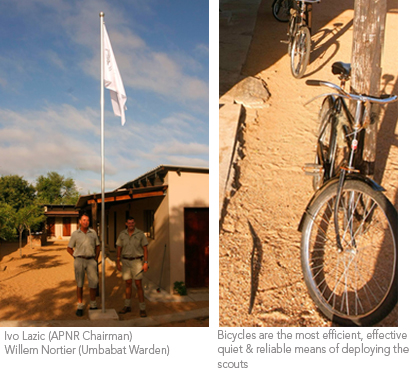 The 06:30 Umbabat anti-poaching unit parade at Vuka Ingwe, Ingwelala, was attended by the SATIB TRUST group.

The unit is trained by ex special forces Major Jack Greeff and is well equipped for the threat in the Umbabat.
The Umbabat now boasts one of the most advanced anti-poaching units in the region.

Dr. Michelle Henley (part funded by the SATIB Trust) and Dr. Kate Evans were able to locate some of the collared elephants in the area as part of the two day exercise to establish location of a collared matriarch Diney, who was located, as well as some of the bulls. 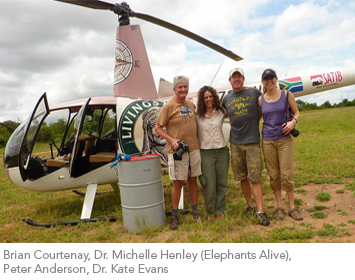 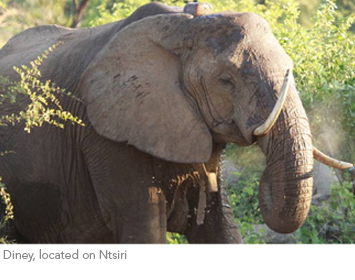 The last images show Diney, a collared matriarch, who has remained in the Ntsiri region for at least 10 years now.
The second last image was taken in August 2003 before she was collared and the February 14th image was on the Ntsiri river. 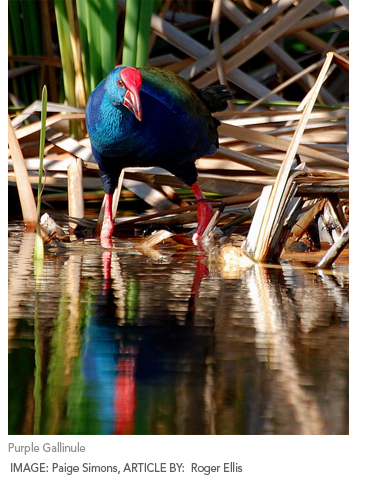 Swamphens belong to the family of Rallidae along with other families such as crakes, rails and flufftails.

Our South African Gallinule, known as the Purple Swamphen, is one of the larger members of this family. It’s bright purple feathering makes it unmistakable.

Rails have the unique feature of having their nostrils joined laterally, this is probably a safety mechanism due to the aquatic habitat they live in. If one side of the beak is submerged in water it will still be able to gather the same amount of oxygen.

Rails are found in sedges and reed beds.

The basic body structure is flattened laterally to allow the bird to creep through thick reed beds. Ducks, their distant relatives, have vertically flattened bodies which increases the surface area of body contact to the waters’ surface for flotation.

Swamphens have extremely long robust toes with large claws and large spurs on the front shoulder of the wing. This is to aid the bird to clamber around in the reed beds.

All rails and crakes are rather sensitive to habitat conditions and are therefore an indicator of habitat quality, making conservation of wetlands extremely important.