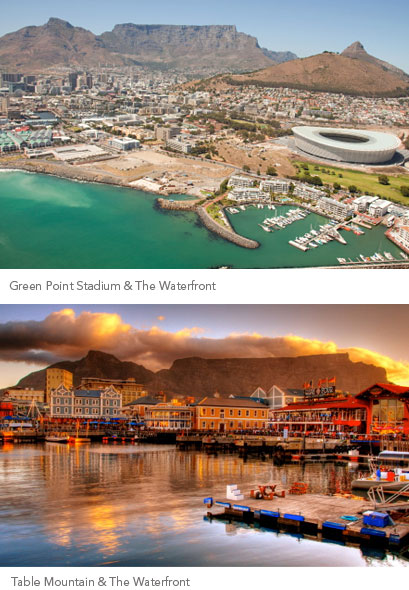 South Africa is experiencing a marked increase as one of the leading destinations in the world.

In the last year and over the current high season the occupancy rates of wildlife tourism lodges & Cape Town hotels has increased significantly.

This is in stark contrast to 2 and 3 years ago when the occupancy levels following the 2010 Fifa world cup were alarmingly low.

Hotels in the V&A Waterfront are recording the highest occupancies on record & wildlife lodges in the traditional safari areas of the Timbavati, Sabi Sand & Greater Kruger are experiencing some of their highest occupancy levels.

The domestic flight routes linking the Cape Town circuit to the wildlife areas have also seen increased demand and the peripheral tourism services & attractions that form part of these circuits are experiencing the highest levels of tourists ever.

Table Mountain was voted globally as one of the 7 wonders of the World and the city is widely regarded as one of the most beautiful on the planet and a number of safari lodges top the lists & rankings for the best hotels in the world.

The marked increase in arrivals has been ascribed to this global recognition of SA and has been boosted by the weakening & some of the worst weather recorded in the UK (one of our largest source markets) and the cold weather in North America. 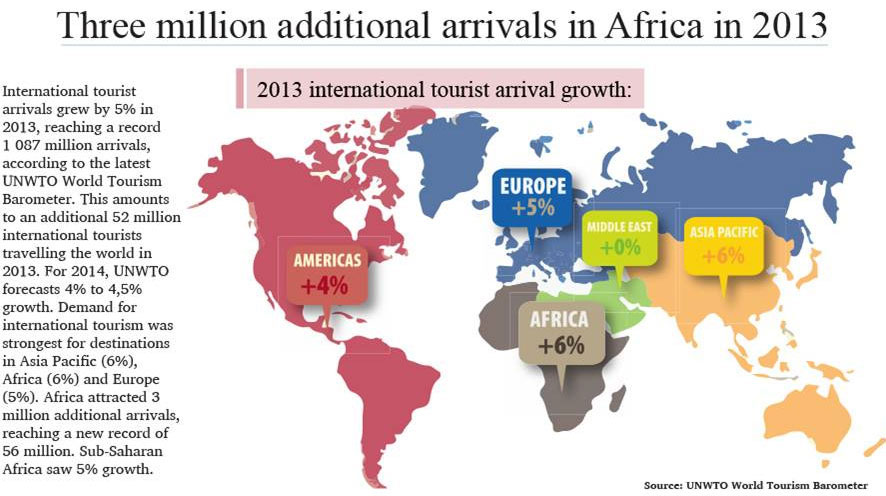 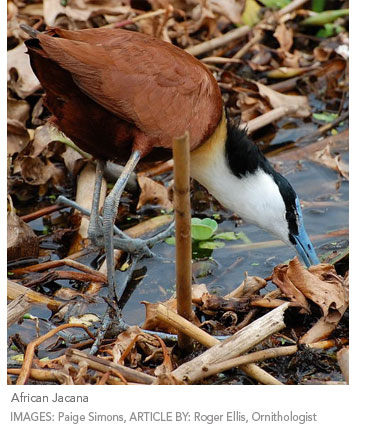 This beautiful water bird is the size of a small chicken and is adapted for life on the fringes of various waterways preferring water with rank vegetation around the edge.

The bird’s extremely long toes are well adapted for walking on lilies and other floating vegetation. They are found in loose groups or in pairs, and form loose flocks of up to 100 birds in the wet season.

The nest is built of small stemed floating vegetation and the male incubates the eggs by forcing his wings down underneath the belly to support the eggs above water level.

When the chicks hatch they are extremely mobile and can dive and swim well. The male takes sole responsibility for their care and will often collect the small chicks under his wings for safety on unstable vegetation.
These birds are fussy about water conditions and conservation of wetlands is extremely important to the wellbeing of the species.