Dale Parker answered a call from Clive Walker around 35 years ago to acquire a tract of Waterberg wilderness land with the objective of establishing a Wilderness School. Eric Rundgren, the original land owner, was a big game hunter who had spent many years in East Africa and had shifted his focus from hunting to creating a wildlife sanctuary.

After a visit to the core area of the property and a meeting with Eric Rundgren Dale let Clive know that he would purchase the land provided that Clive was willing to manage the project. A longstanding partnership between Dale Parker and Clive Walker evolved with many significant milestones on the Lapalala journey. Clive Walker has documented and captured all of these stories over time including the ongoing acquisition of land tracts to create a sustainable protected area.

This was followed by the establishment of the Lapalala Wilderness School which has recently celebrated its 30th anniversary. 70,000 children had completed the school course during this time. 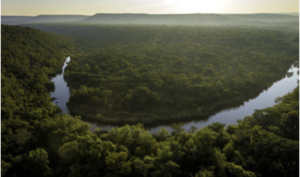 Dale Parker made the first acquisition of black rhinoceros onto private land in South Africa in the early 80’s and Lapalala has enjoyed a high level of cooperation with SANPark’s over the years with its conservation efforts and quest to protect rhinoceros. The Lapalala Wilderness book documents the origin of this proud initiative, it’s many years of growth and challenges, and the new course set by Duncan Parker, Dale’s son, in planning a sustainable future for this critical conservation area. Duncan has followed in his fathers’ footsteps and through changing times has managed to protect the legacy of Lapalala for future generations by continuing to support the school and community outreach projects.

Lapalala neighbour, Gianni Ravazzotti, teamed up with Duncan to add much needed ecologically valuable land and a new chapter in the Lapalala legacy began. Clive Walkers’ son, Anton Walker, now manages Lapalala and has been a part of the Lapalala project for almost 23 years. The Lapalala shareholders, Duncan Parker and 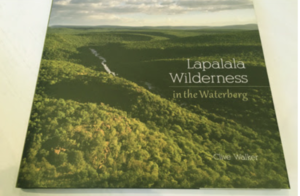 Gianni Ravazzotti, along with Lapalala Board members Mike Gregor, Anton Walker and Peter Anderson have managed to set out a long term plan which aims to secure the conservation status of Lapalala as a sustainable conservation legacy into the future. Duncan Parker is currently planning the building of a new school and Clive Walker remains the patron of the Lapalala Wilderness School. 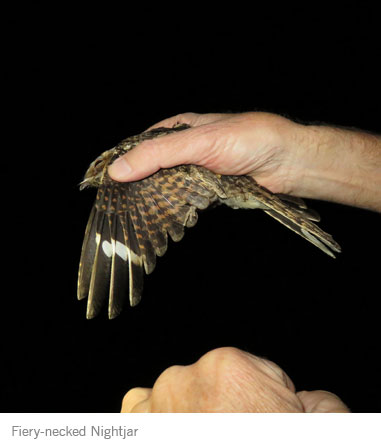 This nocturnal bird replaces day time fly catchers. They feed on the wing catching insects including beetles and moths. Their cryptic colouration allows them to hide up during the day and they are extremely difficult to spot. The beak, visible in the photograph, is extremely short which is necessary for camouflage when hiding up during the day. Due to the fact that these birds catch large insects at night they have adapted to require a much larger gap being a wide mouth. The design of the mouth goes a long way back under the scalp and past the eye. The rictal bristles that can be seen just behind the beak are extremely stiff in this family.

The bristles aid in the capture of insects by forming an extra “cage” around the beak. This prevents the fluttering of an insect, if not swallowed whole, and prevent the wings of the insect from damaging the birds’ eyes.  It is interesting to note that these bristles collect the oily dust that is released from a moths’ wing on capture. This dirt is then removed by the rictal bristles by another adaptation, a comb structure, on the inside of the birds’ middle claw.

This particular bird is well known in the eastern parts of our country.