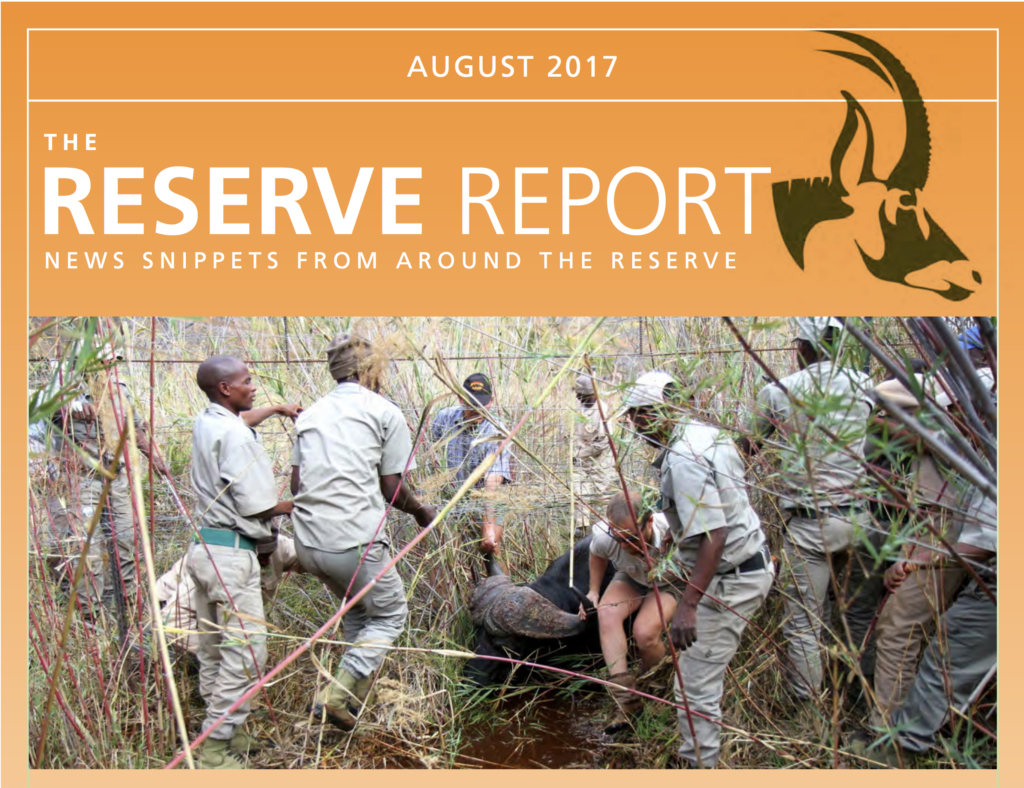 For some folks the grass always seems greener on the other side. Well, that definitely seemed to be the case for this adventurous buffalo that we already know too well for his “buffalo” political antics, hence the nickname Mugabe. Our rangers found his fresh tracks exiting the reserve where the fence crosses a little stream, and we had no choice but to start an immobilisation procedure. As soon as the air team had the dart in our guy, he trotted straight back to the opening he had created in the fence, indicating that he had probably used his secret pathway more than once! He then decided to fall down right in front of the fence and everybody had to work together to pull the 800-odd kilograms of immobilised bovine back into Lapalala through the muddy water. Luckily everything ended well and the fence was repaired back to its proper buffalo-proof state! 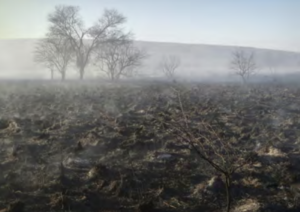 MIDNIGHT FIREFIGHT!
Late winter/spring is fire season in the northern parts of South Africa. And true to form, an alarm was raised at one ‘o clock in the morning on 19 August – a large fire was reported on the northern boundary! Fortunately weather conditions were favorable and the reaction team managed to contain the fire fairly quickly, without any substantial damage having occurred. 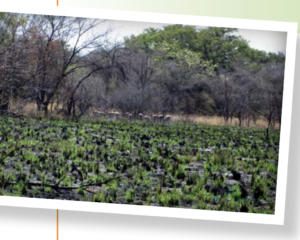 A FEW DAYS LATER…
Fires can be devastating to the environment, damaging natural habitat and killing countless small, ground-living creatures. Yet fire also plays a vital role in certain eco-systems, clearing the environment of dead and old plant material and allowing fresh, revitalised, new growth to emerge. Just a few days after the fire which burnt down part of the Mooimeisiesfontein wetland, turning it into a “wasteland” of ash and soot, nature bounced back and the landscape turned into an emerald haven, much appreciated by the local impala!

OUR TRACKER DOGS IN ACTION
Our two beagles, Hunter and Sniper, have been professionally trained to track human scent under bushveld conditions and are an important asset in our anti-poaching efforts. Their trained handlers go out with them a few times per week to practise and refresh their skills. This is important because both dog-handler teams must be well prepared for the moment an unwelcome guest enters the reserve. Here, Sniper is hot on the trail of our “poacher” hiding under a tree. Watching the dog using his keen senses and enjoying his work is very rewarding! 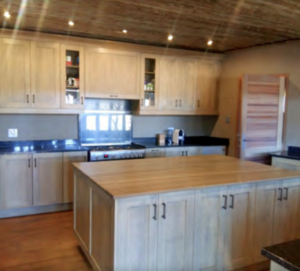 FOUNDERS IS GROWING!
Founders Camp has had many changes over the past couple of months, continuing to expand and grow in its developments. One of the major new additions has been the kitchen extension. The new build includes a preparation island, extra storage and far more space that greatly enhances the efficient preparation of food for guests. In addition there is a new outside staff seating area for the team to take a break and a well-deserved cup of tea during quiet times! 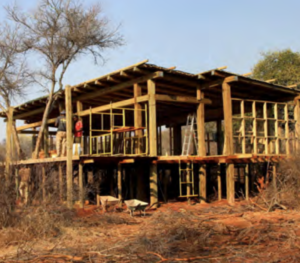 SPACIOUS FAMILY UNIT ON ITS WAY
Founders Camp is often full to capacity, so it made sense to expand our accommodation to include a spacious family tent. The superior family unit has been designed with comfort in mind. It features a large, roomy interior with two en-suite bedrooms that can accommodate up to six people. The unit is particularly suitable for families with children or group travellers looking for a luxurious bushveld experience. It will be ready for bookings from mid-October.

RHINO WOUND TREATMENT
Rhinos have an incredibly strong immune system, unlike any other species! Even the worst wound that would have a poor prognosis in other animals normally heals by itself without a problem in a rhino’s skin. In the wild, rhino wounds are occasionally caused by territorial bulls to remind other rhinos of their status. In this case, the unfortunate victim was a young white rhino calf, probably just standing in the wrong place at the wrong time. We decided that the calf could use some extra care and so we treated the multiple wounds while her mother watched us anxiously from a distance. Fortunately the wounds healed faster than we expected and hopefully the calf has learned her lesson to keep a safe distance next time the grown-ups fight!

BEAUTIFUL LITTLE SNAKE
The dwarf whip snake (Psammophis angolensis), with its distinct head pattern, is a tiny and rarely observed little snake that occurs in low numbers throughout Limpopo. When Cobus spotted and recognised this 40-cm long adult snake at Rapids he did not hesitate to grab his camera and share this unusual sighting with us! 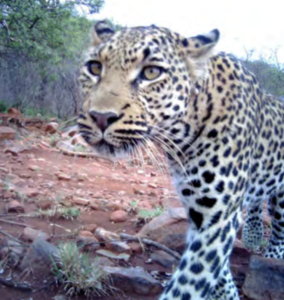 TRAPPED ON CAMERA!
Did you know that leopards are individually identifiable based on their distinctive pattern of spots, unique to each leopard? Thanks to our camera trapping activities, we have now started setting up a database of known leopard individuals, based on unusual and easily observed spot-patches on their body. This female, for example, is recognised by a unique pattern under her right eye and has been recorded multiple times around Melora/Amphitheatre!