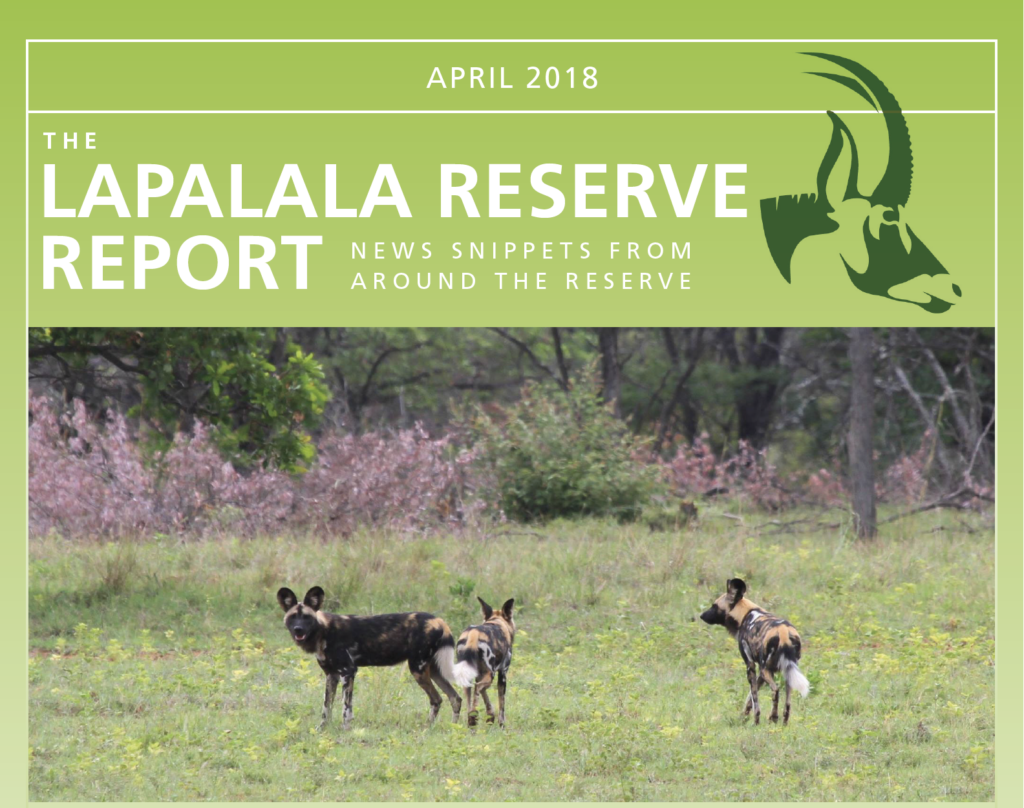 WILD DOGS IN THE WATERBERG!

Did you know that one of the last true free-roaming packs of wild dogs in South Africa remains in the Waterberg? The pack currently consists of 12 animals and some of the dogs are even collared, including a female that was collared in Lapalala in 2013! Although the dogs have been recorded as far away as Botswana, they do seem to totally love the Waterberg! The Endangered Wildlife Trust has recently launched a promising project in collaboration with land owners in the Waterberg to raise awareness of conservation issues that threaten the safety of this pack. We’ve had many great sightings in Lapalala, including this pack hunting wildebeest at the Kolobe fields, and we hope that the dogs will soon show their painted faces in Lapalala again! 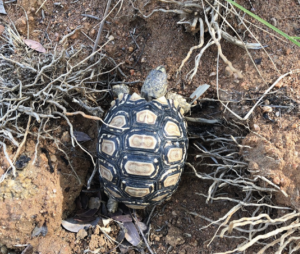 While it is not uncommon to see a beautifully shaped tortoise crossing the road in front of you in our reserve, it is not that easy to spot the tiny little ones in Lapalala! This beautiful photo, taken by Gia Ravazotti, shows a young leopard tortoise (Stigmochelys pardalis) enjoying the sun while exploring his surroundings. Hatchlings have a very slim chance of making it from egg to adulthood, with more than 80% of them being eaten by predators like jackal, caracal and mongoose. Luckily they grow fast in the first few months and adult leopard tortoises may even live up to 100 years! 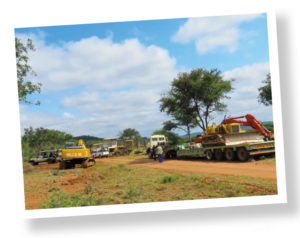 With the development of new lodge sites in Lapalala comes the construction of new roads! A big task for our road team was the construction of a convenient new road through the wilderness connecting South Gate to our commercial lodge areas, including Founders Lodge and Lepogo Lodge. The road is now nearly finished and will allow guests to arrive at their destination via a peaceful and scenic drive. You may even spot a group of bat-eared foxes that hangs around in this area! 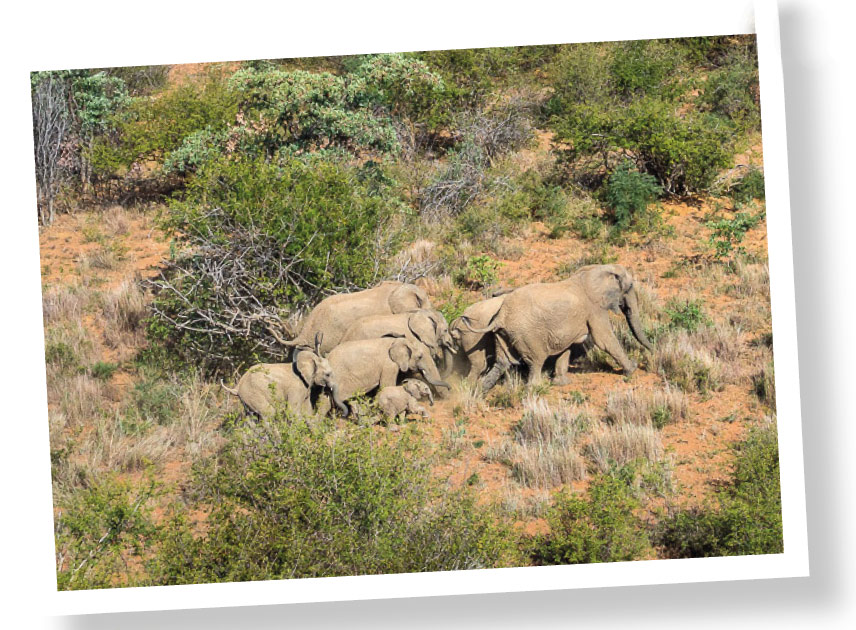 We are excited to see that our new elephant herd, which came from Makalali Game Reserve earlier this year, is becoming more comfortable around Founders Lodge. Signs and sounds around the lodge are becoming more and more common and, in the night, their trumpeting can even be heard! The bulls are still happily wandering around in the eastern parts of Lapalala and, when tracked on foot by telemetry, they show very relaxed behaviour, making it possible to observe them from close by. 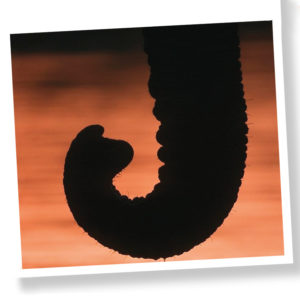 It is with great sadness that we learned of the death of one of the elephants that was going to be moved from Makalali Game Reserve to Lapalala later this year. The cow, matriarch of one of the herds selected for Lapalala, did not survive the first immobilisation attempt in rough terrain, and her carcass was found a week later.

When a matriarch dies, the whole herd is affected and we hope that when the herd eventually arrives in Lapalala, they will find comfort in our existing Makalali elephant herd, as these two herds were once closely associated and were often seen together in Makalali. 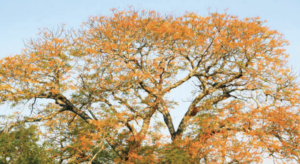 TREE OF THE MONTH!

One of the first trees in Lapalala to catch your eye when autumn arrives is the white seringa (Kirkia acuminata). This striking medium-sized tree can be found on the slopes of rocky hills and has a spectacular bright yellow to red autumn foliage. Although described as a medium-sized tree, the rounded crown towers over much of the surrounding bush. In spring, the inconspicuous greenish-cream flowers appear on the ends of its branches with the new leaves. The white seringa is definitely one of our most colourful trees.

A LAPALALA EXPERIENCE IN WORDS

We couldn’t help but share with you this amazing short story by 14-year-old Emma Stow, based on a true event during a visit to Lapalala Wilderness. The talented, young writer has changed names and details but the Lapalala experience still shines through beautifully! 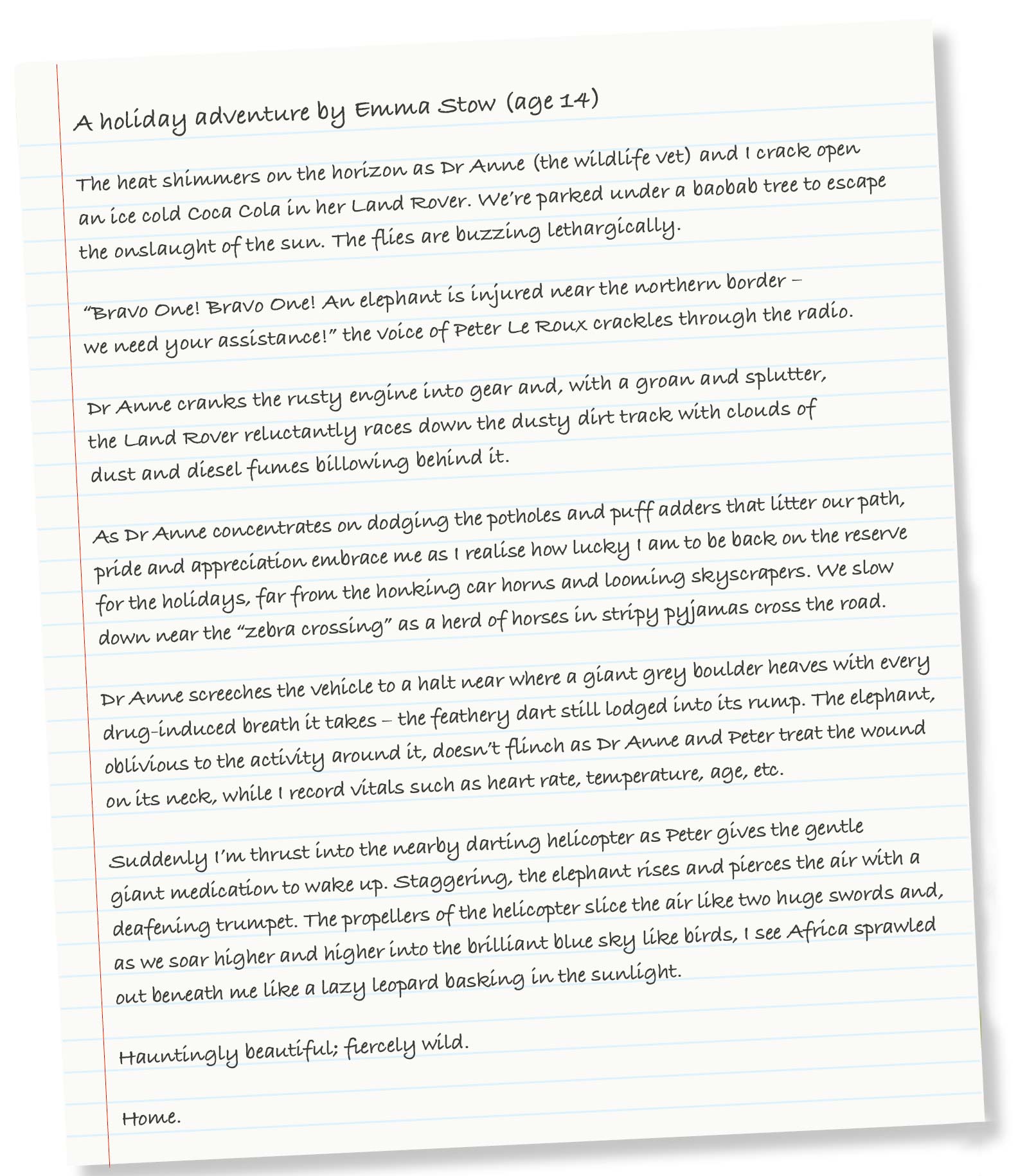