Lapalala is expecting to introduce between four and six cheetah in the next few months. The sourcing of cheetah is complicated due to the endangered status of the species and a large degree of inbreeding amongst cheetah populations in South Africa. Lapalala is working with the Endangered Wildlife Trust to source genetically healthy cheetah. Two of the cheetah will be coming from Dinokeng Game Reserve. We recently travelled to Dinokeng to collar two selected young males that are currently still with their mother and are slightly too young to translocate. As soon as the juveniles have separated from their mother, we will use the collar data to immobilise them and translocate them to Lapalala. Once in Lapalala, the cheetah will spend a few weeks in a camp to get settled until they are ready to be released onto the reserve.

We are aware that our breeding camps have been attracting plenty of foraging bat-eared foxes, but we were pleasantly surprised to find an active den near the camps. Whilst being careful not to disturb them, we were granted some great photo opportunities by the family of foxes, including this photo taken by Marilize. Bat-eared foxes (Otocyon megalotis) are predominantly monogamous and pairs often live in big groups. Female gestation averages 65 days and, after birth, the male takes on the majority of the parental care. 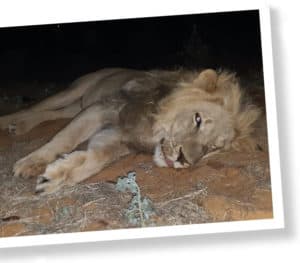 LION INTRODUCTION OFF TO A START

The first male lion to be introduced in Lapalala has been captured, and is currently being held in a boma facility at Khamab Kalahari Game Reserve – a reserve in the North West Province where Lapalala’s first lion pride will be coming from. The lion populations in the Kalahari are known for their healthy genetic status and their natural resistance against common feline diseases. They are known as black-maned lions due to the characteristic dark manes of the males. We are currently awaiting permits that will allow the translocation of the pride within the next few weeks. 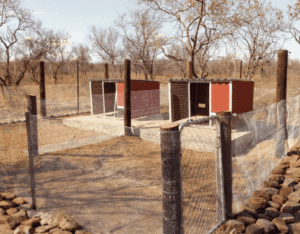 Lapalala has built a new and improved kennel area for the reserve’s security dogs, which is now based at our security barracks near East Gate. Here, the dogs have more space and more shade, and – although they are normally kept together for company – they can be separated when this is required. A new, dedicated dog handler has also been appointed and will be training and exercising the animals every day.

An annual highlight on South Africa’s birding calendar is Birding Big Day on 24 November. Two of Lapalala’s managers participated in the national event and spotted a respectable total of 146 species in four hours on the reserve, including two new species for our bird list. Cobus saw this western osprey (Pandion haliaetus) flying over Kubu Dam and Hermann spotted a sand martin (Riparia riparia) on the banks of the Kgokong River. 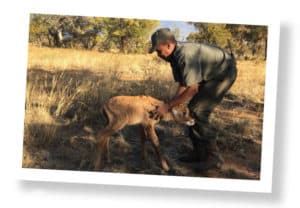 You may come across Johannes Nkumane if you complete a tour of Lapalala’s breeding project. Johannes started working at Lapalala in 2012, after having worked at Touchstone Game Ranch for 14 years as a field ranger. Johannes is responsible for the daily feeding of the animals, as well as the maintenance of the camps. He has got to know all of the animals individually. It is through his daily observations during feeding that he quickly recognises when an animal is showing abnormal signs. This allows us to respond with timely health assessments and veterinary assistance. 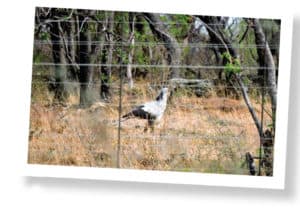 In the past, secretary birds (Sagittarius serpentarius) used to be spotted frequently in Lapalala, but they have now become a rare sighting on the reserve. The last sighting was recorded in 2012, so it was great news when Cobus and Marilize spotted this secretary bird in the breeding camps this month. The secretary bird is a large bird of prey with elongated legs, a large wingspan and lengthy tail. The bird gets its name from its crest of long feathers – they resemble the quill pens that office workers used to tuck behind their ears in the 19th century. 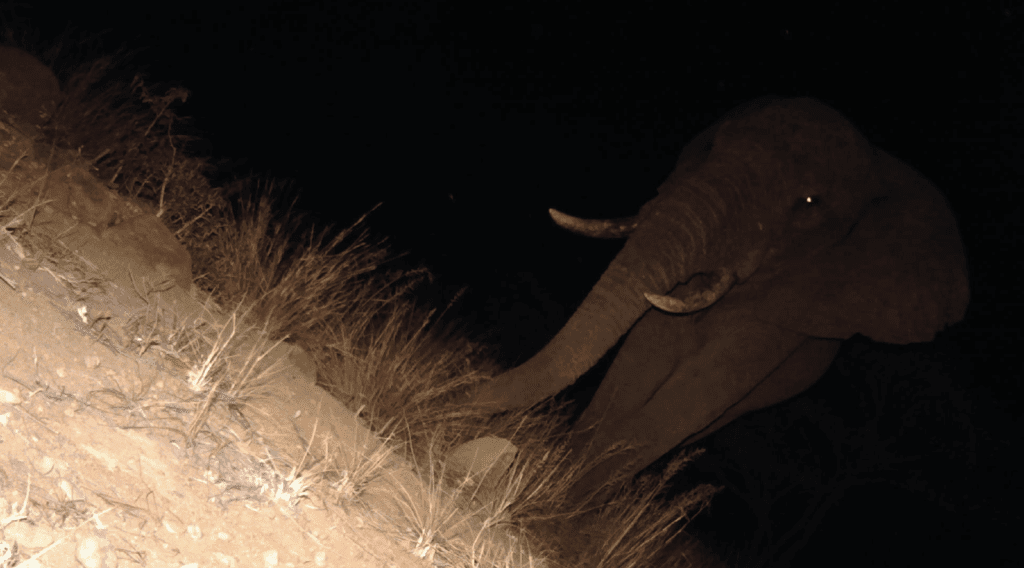 Pachyderms are not commonly seen on our survey photos but occasionally a large trunk appears on the screen, quite often at night. At other reserves, elephants are known to damage and destroy camera traps which disrupts the data collection of the surveys. Our newly introduced elephants seem to be kind to our cameras. They appear to look at them and then politely move along, without the need to knock them over!