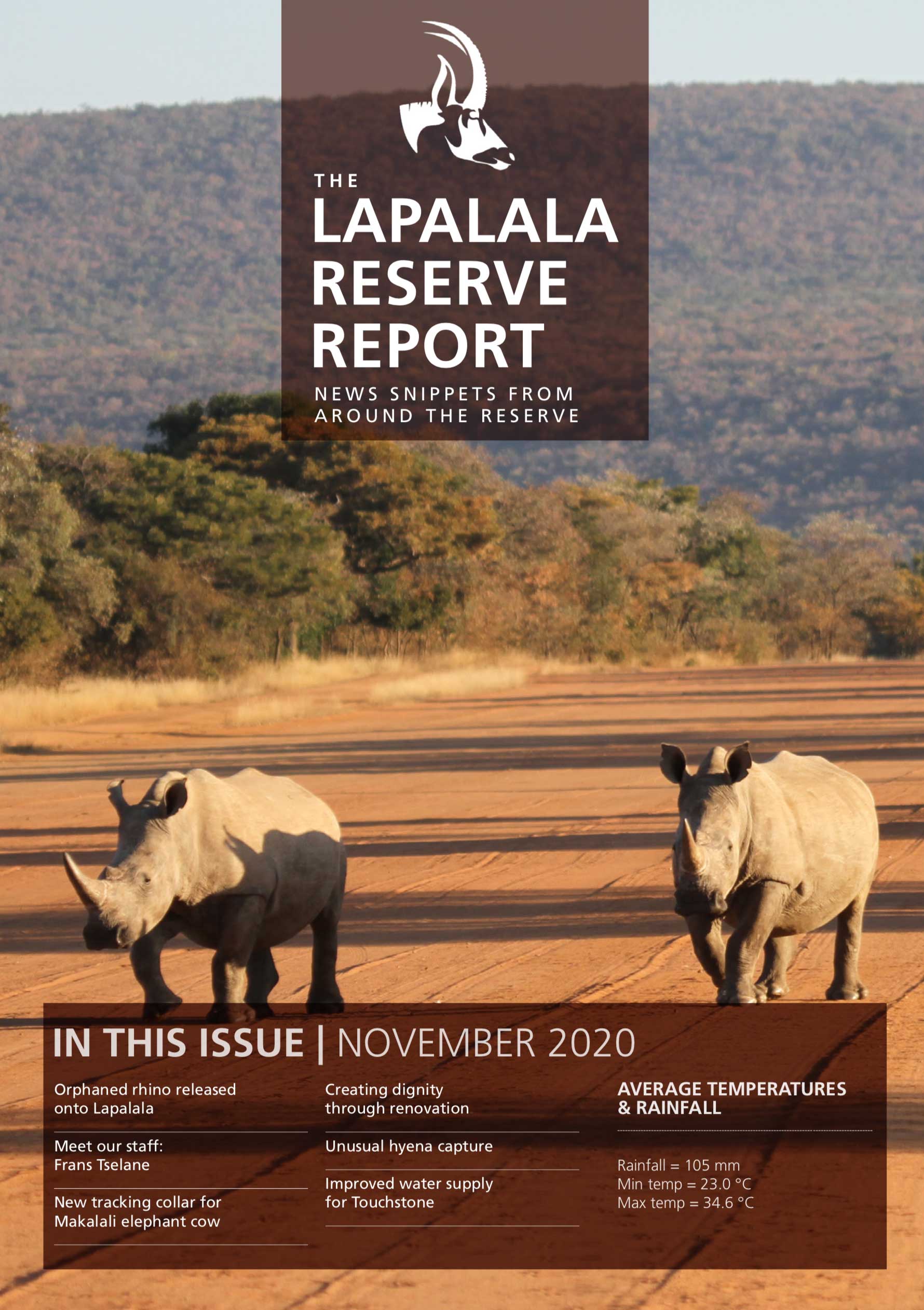 It looks to be a happy ending for our white rhino orphans as they were released onto Lapalala this month.

The two male calves – named Anton and Lambert by our field rangers – were orphaned in rhino poaching incidents on Lapalala. They were moved to a specialist rhino orphanage where they have been hand reared in preparation for their eventual return to the wild. The young bulls returned to Lapalala in early 2020 and joined Morwana and her two foster calves in our rhino ICU camp. The dry winter season is not a good time to release grazers onto the reserve, so the group of five rhinos spent the winter in the camps while receiving supplementary food.

Recent rainfall resulted in an abundance of fresh grass, so management decided that it was an opportune time to release the rhino onto the reserve. The group of rhino has subsequently split up, but we are pleased to report that all five individuals continue to do well. 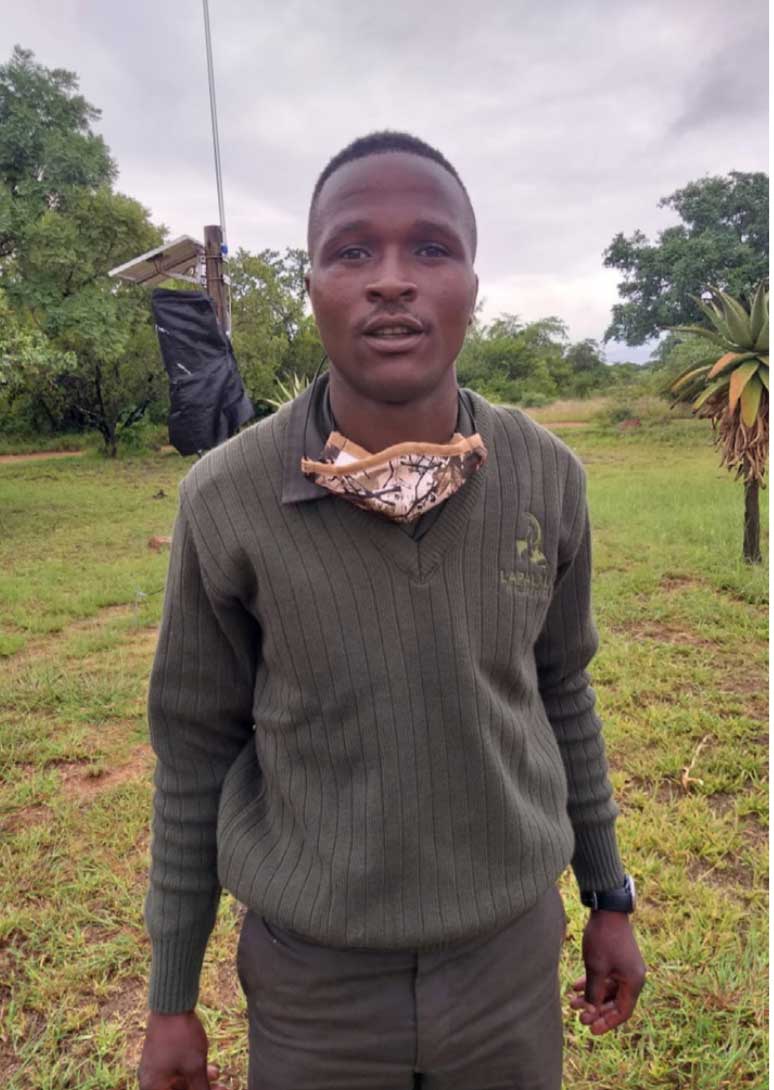 Frans Tselane was, quite literally, born on Lapalala Wilderness – his mother worked on the reserve and Frans was delivered at home in the staff camp. Today, he is one of the longest serving members of our fence monitoring team.

In 2008, Frans was employed on a temporary basis as a fire fighter and bush clearing worker. Two years later, he was rehired on a temporary contract as a fence rock packer and bush clearing worker. From 2011 to 2013, Frans served Lapalala Wilderness as a fixed term contract worker in various roles: demolishinging old reserve infrastructure, feeding rhinos in camps and managing the vegetation on closed roads.

In 2013, his hard work and dedication was rewarded with a permanent contract when he was appointed as a fence monitor. His duties include, but are not limited to, fence patrolling, fence maintenance and general reserve maintenance. Over the years, Frans has grown into a dependable, dedicated and committed member of the Lapalala Wilderness team who is always ready to take on the next challenge.

This month, the Lapalala biodiversity team fitted a new tracking collar on an adult elephant cow from the Makalali herd. The herd was located in the Tholo Valley area, where the female was darted from the air. The helicopter guided the herd away, leaving the ground team to work safely and undisturbed. 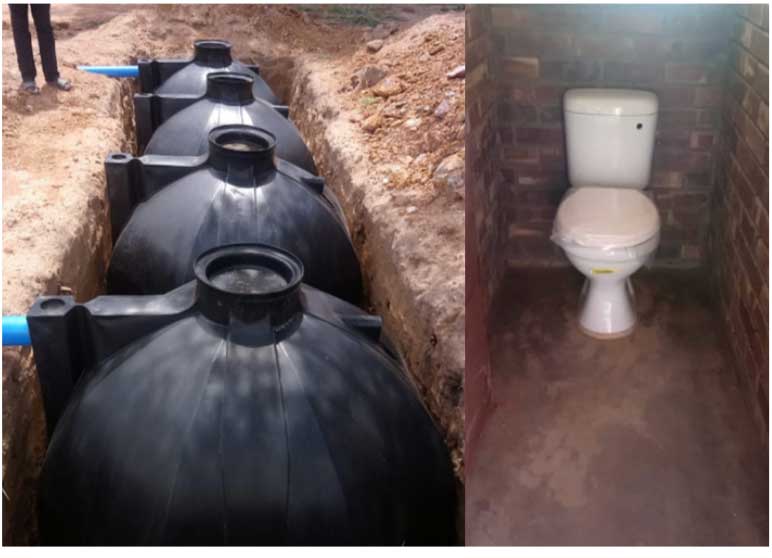 The Lapalala Wilderness Foundation has completed a project to renovate the toilet facilities at Moepel Secondary School. The existing facilities were insufficient to serve the number of learners who attend the school.

Unfortunately, there are many schools in South Africa, particularly in Limpopo, that still rely on inadequate and potentially dangerous toilets. The foundation recognises that, where we can, we have a collective responsibility to ensure that children feel safe and dignified when they need to use the toilet at school. 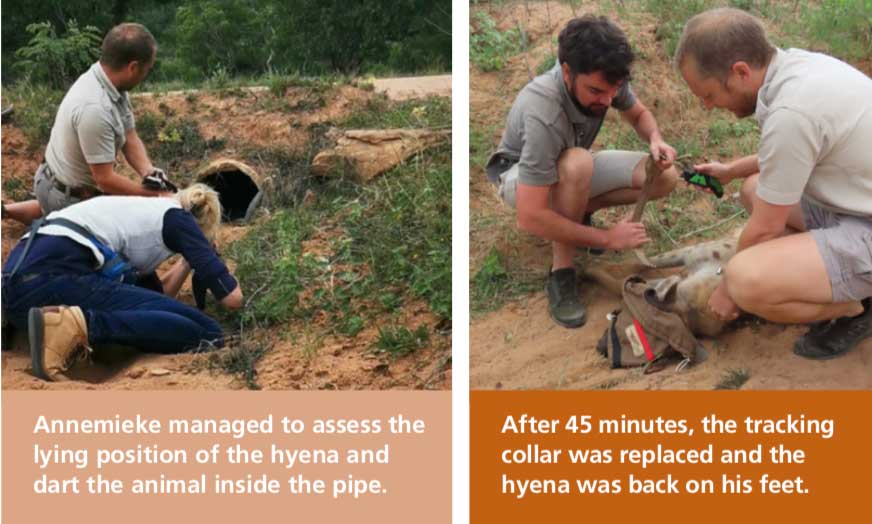 Our veterinary team had to adopt some rather unorthodox methods to replace the tracking collar on a spotted hyena.

Determined to escape a dart from the air, the shrewd animal darted into a large storm water pipe under the main road close to South Gate. The team was unable to lure him out of the pipe, however they had been trying to locate this particular hyena for a couple of months so they were determined to persevere.

The only option was for veterinarian, Annemieke, to dart the animal inside the pipe, by the light of Hermann’s torch. As expected, the hyena remained in the pipe. He was monitored from a distance until he was confirmed to be asleep. The next step was to get him out! Our brave wild dog monitor, Mike Staegemann – who also happened to be the tallest person in the group – volunteered to crawl in and attach a rope around the hyena’s legs. Hermann and Lambert then pulled Mike out with the hyena in tow! The tracking collar was successfully replaced and, after 45 minutes, the animal was back on his feet and running free. 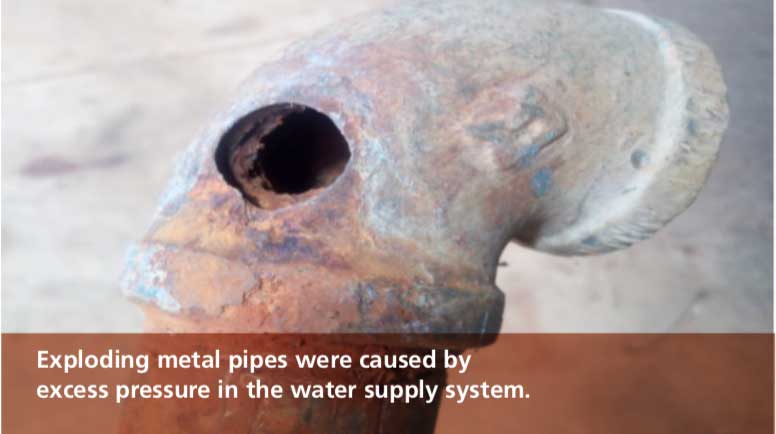 When Lapalala Wilderness acquired Touchstone North, there were a number of water supply challenges that came with it.

An investigation of the water reticulation system revealed that there was excess pressure in the supply system, particularly to the lodge. This explained the burst geysers and exploding metal pipes. With the imminent arrival of the Stringbean film crew in December 2020, it was a race against time to plan and implement a new water supply system. The team laid 430 metres of new pipeline from the reservoir to the lodge, and installed two extra water storage tanks. The entire system has been automated – float valves in the water tanks control the remote pump (800 metres away), based on the demand for water at any given time. The changes to the system have significantly reduced water wastage and maintenance costs.