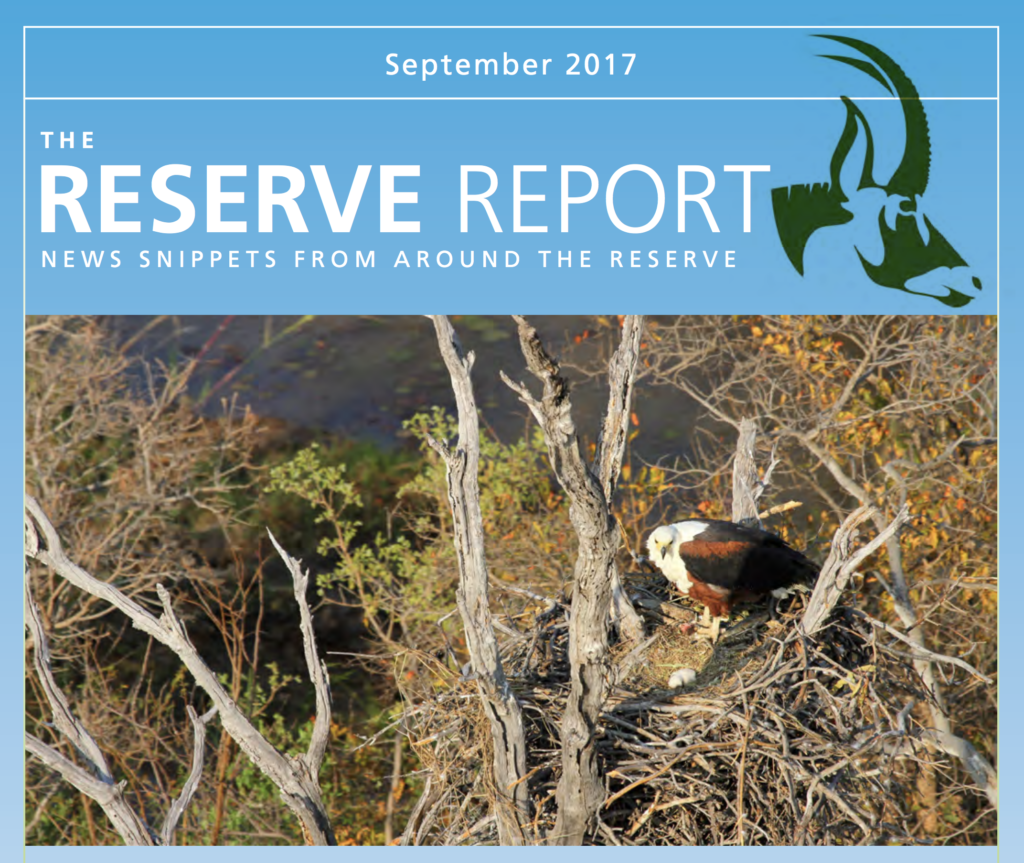 FISH EAGLE’S NEST!
A few months ago, we noticed that our resident fish eagle pair at Kubu Dam was building a new nest in a dead tree clearly visible from the road. They must have decided that their old nest, which they had used more than once, was not up to their standards anymore! This month, we were delighted to discover a tiny pearl-white chick in the new nest. African fish eagles do not breed each year, but when they do it lends itself to unique sightings – especially when the flying (and fish-catching!) lessons begin.

GAME COUNT!
Lapalala’s 11th biennial game count took place in the third week of September. The results are promising with increasing numbers in most species! We were especially excited to see a good increase in waterbuck and eland numbers, as these are two species that have historically struggled to thrive at Lapalala, despite introduction efforts. While it is difficult to put a finger on exactly which factors contributed to this, we are confident that the extensive bush-clearing efforts over the past few years have contributed immensely. Another highlight was to see our 11 elephants seemingly comfortable in the reed beds at the northern boundary of Lapalala. 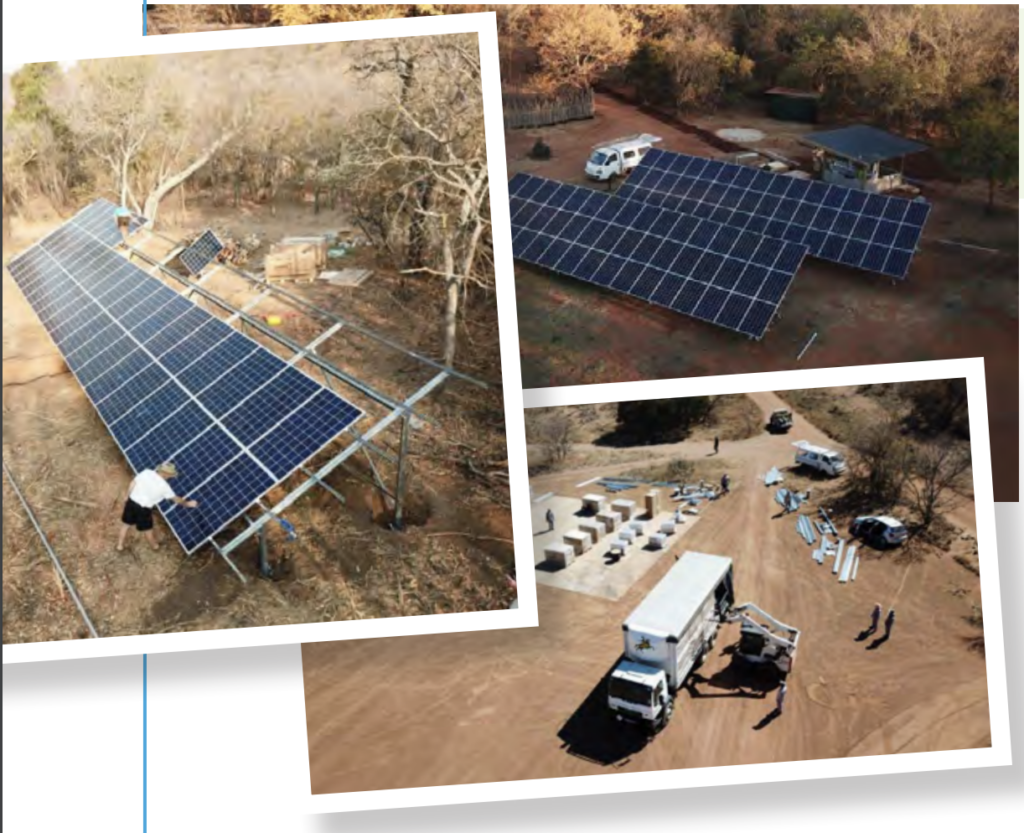 SOLAR INSTALLATION PROGRESS
The first phase of installing solar-powered systems at the Wilderness School, East gate, Lapalala headquarters and our staff village took place in September. Once the installations are complete, we will finally be ready to flip the switch from coalpowered to renewable, solar-powered electricity for the reserve 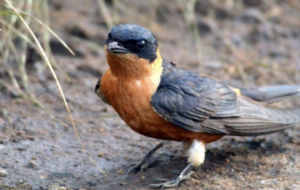 SUMMER VISITOR ARRIVES
Our first avian summer visitor of this year was the red-breasted swallow (Cecropis semirufa), seen at Modumela. Pairs come to South Africa to breed during the summer months and look for cavities to build a closed mud nest with a tubular entrance. The rock formations along the river around Modumela provide enough choice for them! 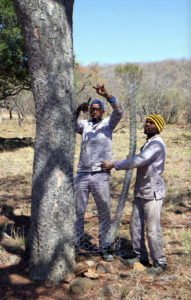 WIRE NETTING OUR TREES
African elephants can substantially alter the environment through their foraging and feeding habits. In 2004, Dr Michelle Henley, Kelly Derham and Bruce Schulte began tree netting experiments in the APNR (Timbavati, Klaserie and Umbabat Game Reserves) to establish the best way to protect large trees from bark stripping (which is a learned behaviour in elephants). They found, over a period of 13 years, that only 1,7% of trees netted with mesh were destroyed by elephants. With Lapalala’s “new” elephant population in mind, we implemented the tree netting method some three months ago and are using this technique on carefully selected large trees within the reserve such as marulas (Sclerocarya birrea) and white seringas (Kirkia acuminata) in an effort to mitigate the potential impact of elephants. This will be extended to knobthorn, weeping boer bean and other trees as we progress 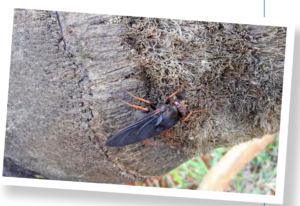 THE RHINO FLY!
An interesting creature was recently spotted on the horn of an immobilised rhino in Lapalala. The rhino bot fly (Gyrostigma rhinocerontis) depends entirely on the existence of rhinos as it only lays its eggs on and around… rhino horns! Once the oblong-shaped eggs hatch, the little larvae or ‘bots’ crawl through the rhino’s skin to its stomach where they feed and grow up to 4 cm long, without causing any harm to the rhino. They are eventually passed in the dung and pupate to become the largest fly in Africa, with a wingspan of over 7 cm! The rhino bot fly shares its fate with that of our rhinoceros populations and it is good to realise that with our rhino protection efforts we indirectly contribute to the conservation of this rare and amazing fly, too! 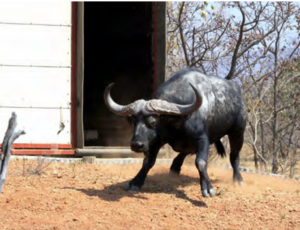 NEW BUFFALO BULL
This impressive buffalo bull was purchased by Lapalala and arrived this month to be placed in the camps with our buffalo breeding herd. Your eye will probably catch the impressive shape of his horns. The ‘spread’ is calculated by measuring the distance between the two widest points of the horns and is one of the tools used to determine the genetic value of a buffalo. We trust that he will pass on his good genes to the generations to come.

MORE BUFFALO NEWS
Our “new” buffalo arrivals, who have been kept in temporary holding facilities for the past few months, have finally been released into the 1000 ha Mooimeisiesfontein buffalo enclosure. The capture and relocation of the 54 animals went very smoothly and they are thoroughly enjoying their new surrounds. With reed beds and muddy wetlands galore, who can blame them! Our long term objective is to increase our buffalo herd to over 300 individuals. We have now just exceeded half of this number with over 150 buffalo on the reserve.

TREE OF THE MONTH!
The common coral tree (Erythrina lysistemon) is an uncommon species at Lapalala and, strange as it may sound, has a habit of “hiding in plain sight”. In early spring, however, they give themselves away by erupting in a beautiful show of bright red flowers, highly conspicuous and visible from afar! 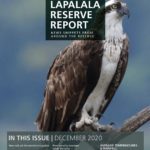 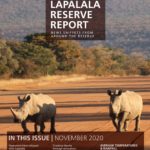 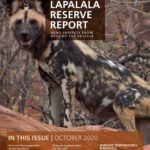